Your cart is empty.

Shipping and taxes are calculated at checkout.

Wardrobe refresh: shop sale at 35% off!

Suit a Group
My AccountMy Cart0
Create a Wedding GroupChoose your look, add members, and send an introduction email. We'll take care of reminding everyone of what they need.Get Started
Fit FinderFind your fit in just three minutes. We use machine learning to determine your size.Fit GuideView our size charts and learn about the differences between Slim and Modern fit.Personalized HelpGet in touch with our team and we'll make a personalized size recommendation.
Trends in Summer Wedding Color...Suited for Success: Female Fou... 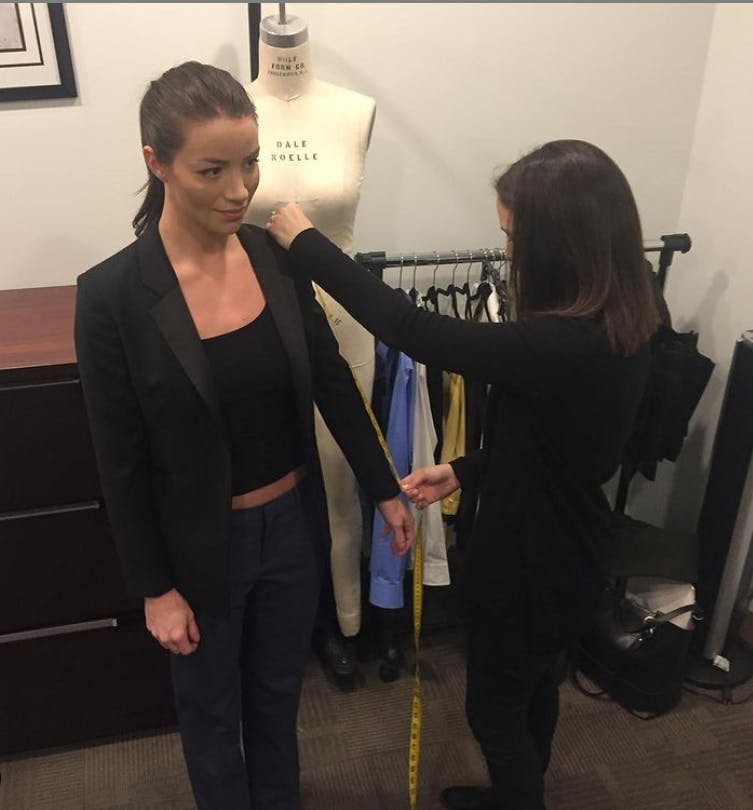 In celebration of International Women's Day, we thought it would be fun to summarize the history of Women's Suiting & Tuxedos. If there's anything that we've learned from the past, it's that a suit symbolizes freedom and power, while representing the liberated woman.

Suits initially made their debut in the year 666 (yikes!) when King Charles II of England got the idea from French king Louis XIV to require men in court to wear waistcoats, trousers, and ties—this later evolved into the modern suit for men.

The suit belonged to men, until 1870. That was until actress, Sarah Bernhardt (a true suffragette), defied the social norms and began sporting a custom trouser suit that she referred to as her "boy's clothes". 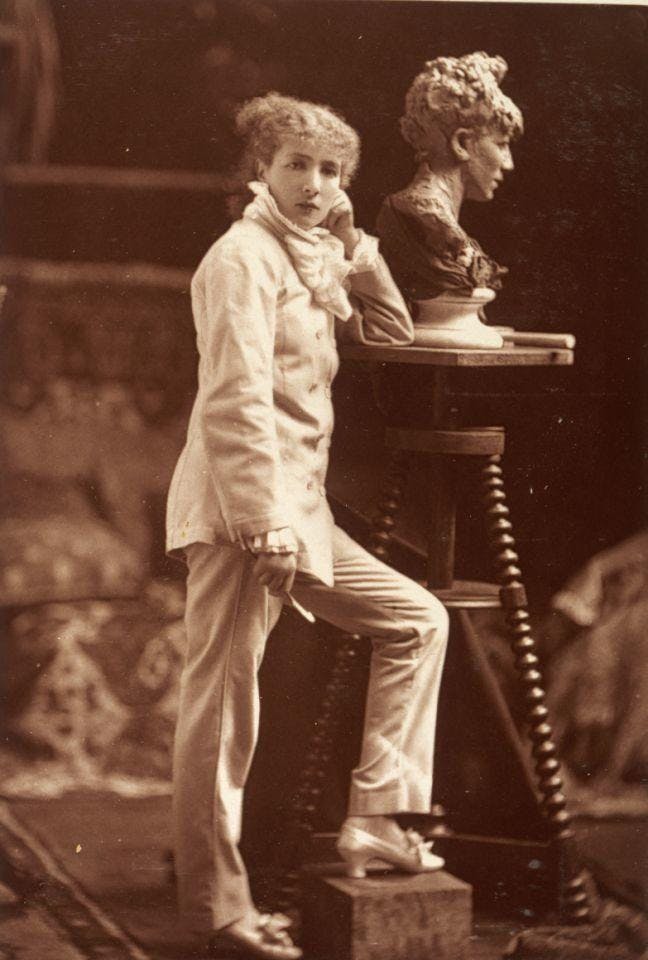 Not long after, women began wearing tailored jackets and long skirts for their outdoor activities (walking, equestrian riding, archery, etc). By the year 1905, European women had adopted the modern suit as part of their daily wardrobe. Up until this time, women wearing pants had been considered a form of cross-dressing and was even often criminalized.

While women's suits were on the rise, fashion designer, Coco Chanel found inspiration from her boyfriend's closet. She recognized that men's clothing was more comfortable and wanted to liberate women from the restrictive clothing of the 1920's, so she merged masculine comfort with a feminine aesthetic. Enter The Chanel Suit.

Now, Chanel's suits have dressed women for over 90 years and her tweed styles from the 1920s still remain a symbol of fashion today. 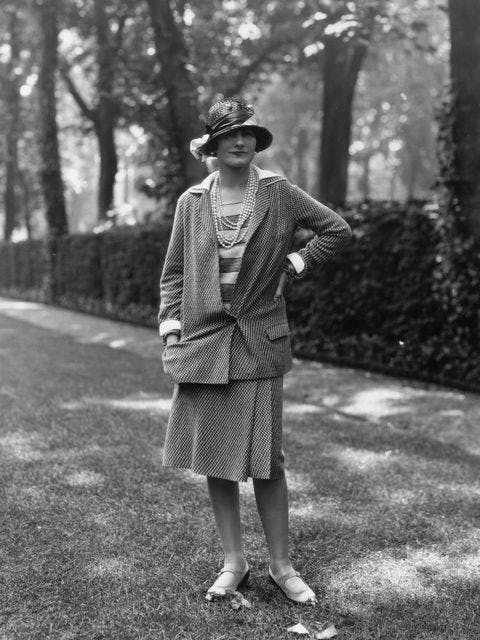 At this point, we're all familiar with women wearing suits in politics but back in 1933, Eleanor Roosevelt was the first First Lady to ever wear trousers at an official White House event. Story has it that she had been running late and did not have time to change prior to the annual Easter egg roll, but continued to pose for pictures despite the unconventional look. It's ok, Eleanor—we've all been there.

Then the woman's suit hit the big screen in 1930's and 1940's via actresses such as Marlene Dietrich and Katherine Hepburn. During this time, Marcel Rochas released the first "ready-to-wear" women’s pant suit and Vogue published a first-of-it's-kind spread in 1939, featuring women in trousers.

Alas, during the fifties, the Woman's Suit had a lull period. Men went to war and women returned to the more "traditional" domestic roles.

That didn't last long, however. The 1960's were a time for women's rights, equal opportunity, and liberation. Women's suits, and women in the workplace, were back and better than ever. It was during the sixties that Andre Courreges’ reintroduced the woman's suit into favored daytime and evening-wear.

Around the same time, "Le Smoking" tuxedo by Yves Saint Laurent was released. It comes with no surprise that this style was not initially well-received in the later sixties. In fact, many restaurants and hotels would not allow a woman wearing a tuxedo inside of their establishments. Thankfully, in 1971, Bianca Pérez-Mora Macías married Mick Jagger in an all-white, Le Smoking tuxedo that went down in bridal wear history. We still can't get over a bride in one of our white tuxedos. 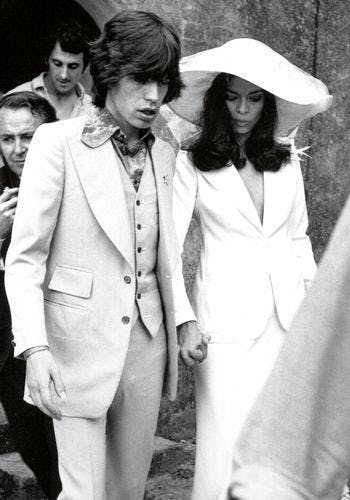 By the 1980s women accounted for 50% of the workforce and we saw the rise of the iconic “power suit”. Finally.

In 1993 Senators like Barbara Mikulski and Carol Moseley-Braun fought to overturn the ban on women wearing trousers on the Senate floor. Yup, you read that right. Not even thirty years ago, women could have been expelled from Congress just for wearing pants.

Madame Vice President, Kamala Harris rallied through the 2020 Election in a variety of tailored suits. This particular white suit was likely a nod to the women's suffrage movement, a decades-long fight to win the right to vote for women in the United States. 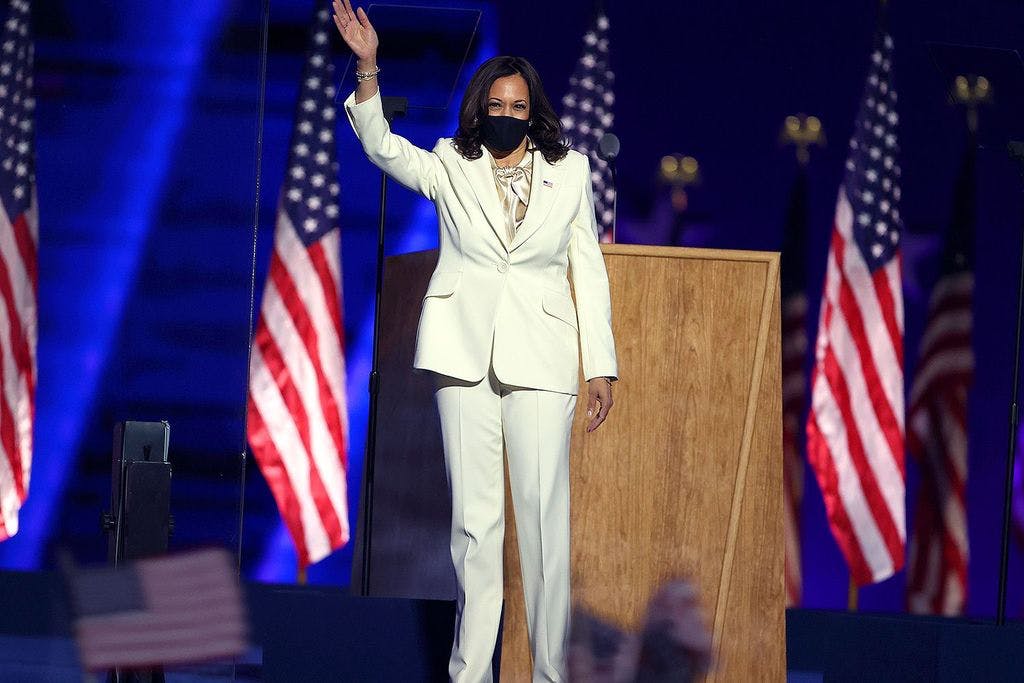 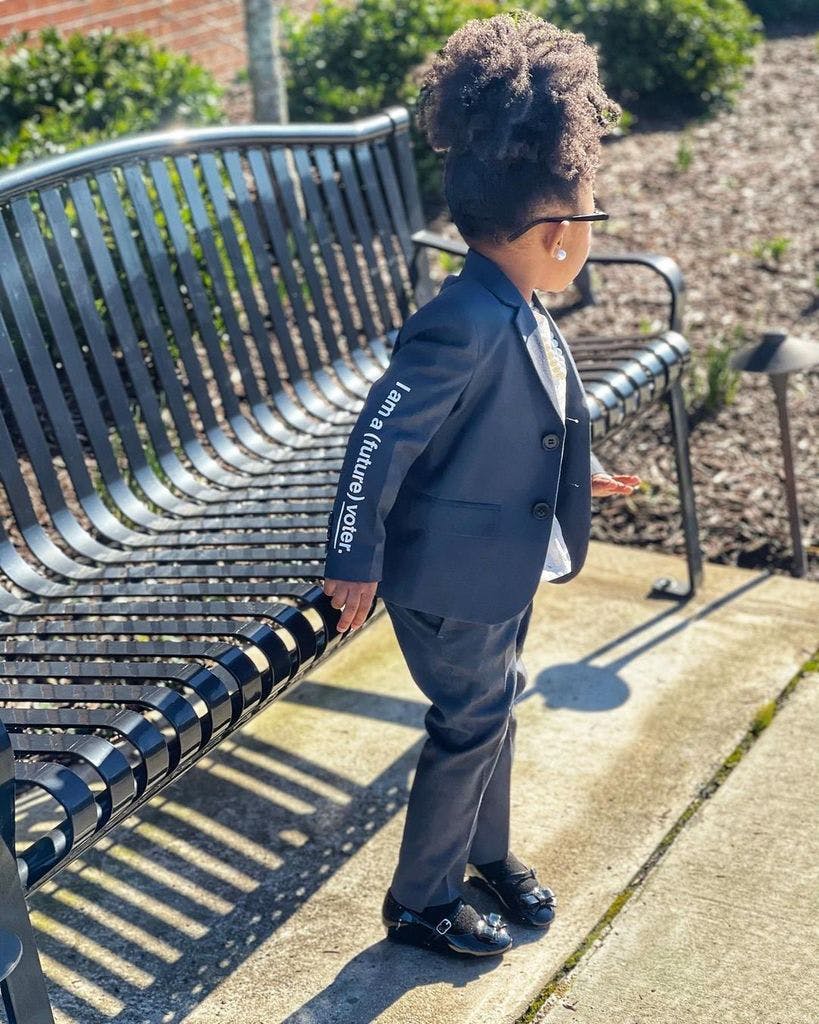 And two best friends from grade school grew up to become female co-founders of a company that sells suits for people of all genders, ethnicities, shapes, and sizes. 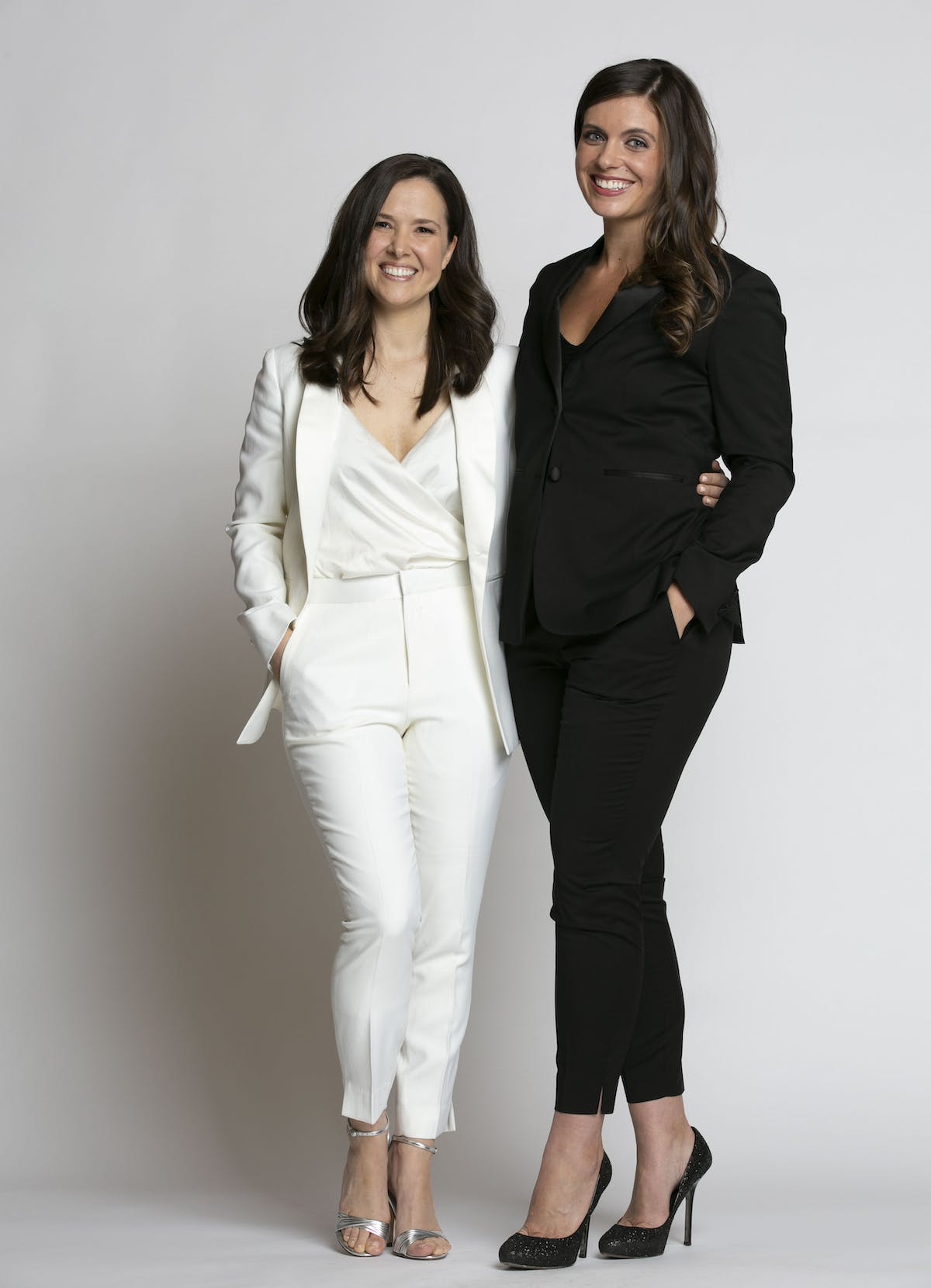 Today, we celebrate women everywhere and remember the trailblazers like Sarah Bernhardt, Coco Chanel, and Eleanor Roosevelt that brought the Woman's Suit into modern fashion.

As I sign off, I think of the saying "look how you feel", so whether you want to feel liberated, confident, free, or powerful—we have a suit (or tuxedo) to help you express yourself. 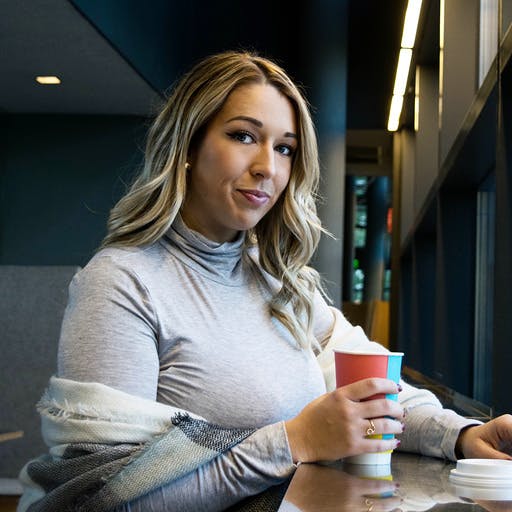 Kristen is Director of Marketing at The Groomsman Suit. Prior to TGS, Kristen worked for startups like Yik Yak and Uber Eats, and has helped develop marketing strategies for over 500 eCommerce stores throughout her career! Ultimately, she’s a well-rounded creative and adds a little extra heart + creative touch to our team.